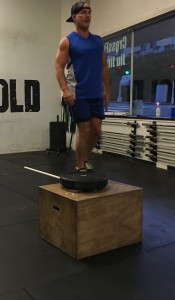 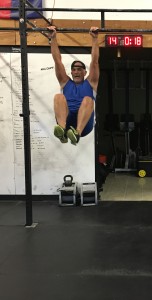 Mark Stevens, is without a doubt, a prime example of how consistency, determination, tenacity, and a great attitude lead to results.

They say you can’t teach an old dog new tricks. Well, Mark took that old cliche and proved it dead wrong. By the way, I don’t feel bad calling Mark “old”, he reminds us of that fact all the time and with a smile on his face. If I’m half as active and strong as he is when I’m his age, I’ll be stoked.

When Mark first started, he struggled quite a bit at relearning what we consider to be fundamental movement patterns. Years of bad habits had left much of his musculature dormant and unused. We had to force his body to rewire itself and re-establish those long lost neuromuscular pathways. There were days when we did little else than practice sitting down to a box and standing back up with sound mechanics. Then we started adding in complex, multi-joint movements with a barbell, and all manner of chaos ensued.

All joking aside, I wish I had taken more video of when Mark started to compare to how he moves today. He’s a totally different person. He still forgets the names of exercises sometimes, but once you get him going, he digs deep and works hard. It’s truly been awesome and an honor to see Mark progress. His dedication and humility are an example for us all.

Also, noteworthy, Mark has signed up to compete in the 2016 CrossFit Games Open Competition as a Masters Competitor. Really looking forward to seeing him surprise himself as to how strong and capable he can be!

Please join me in recognizing and honoring CrossFit Stronghold’s February 2016 Athlete of the Month: Mark Stevens.