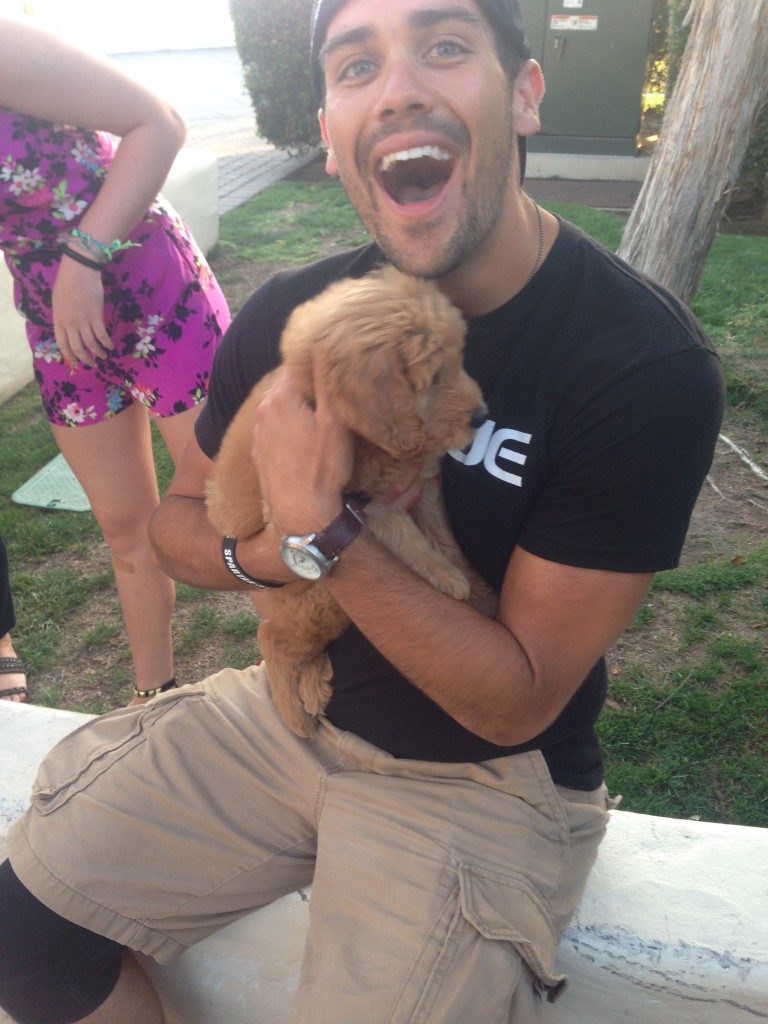 The race for this month’s Athlete of the Month was a close one. But I’m a sucker for humility… and Aaron is a prime example of that rare and totally underrated virtue.

The first time we met Aaron was back in February during the 2015 Open. He came in to do one of the workouts with Troy, Coach Kyle’s brother. At the time, Aaron was training at another local gym, a very reputable one at that. The trouble at even reputable gyms is that sometimes the coach to athlete ratio during class can get a little out of control and athletes don’t always get the attention they need. It’s hard enough for one coach to keep eyes on 8-10 athletes. When you get upwards of 20-30 athletes it gets REALLY rough. At Aaron’s gym, latter environment situation was very common. Two things were very apparent to me when I watched Aaron warm up that day:

As I do with everyone that comes into our gym, I did my best to help clean up some of his movement, but there’s only so much you can do in 15 minutes to undo 7 months of habits. Once you sound off “3-2-1 Go!” the habitual movement patterns take over. I really felt bad because I saw a great deal of potential, but unfortunately, I recognized that Aaron wasn’t getting the coaching he needed to reach that potential. He still had several months left on his membership contract at the other gym. Otherwise I would have swooped in and grabbed him on the spot.

Fast forward 5 months. Aaron’s contract was finally up and he made the move to join our community. He knew coming in that he had some work to do. But I’m not entirely sure he was expecting me to be as blunt and relentless as I am about making people move well. I am not shy at all when it comes to stepping people backwards in progressions to help them iron out mechanical flaws. For a guy like Aaron with a year of CrossFit experience under his belt, it would not come as a surprise if he ended up getting frustrated or even bitter with being told he had to start all the way from scratch.

On one occasion, Aaron was the only person to show up to a 5:30pm class. We ended up doing a full hour of drills with nothing but a PVC pipe. There were a few times that day when he got a little frustrated, but he pushed through anyway. On more than one occasion, I’ve taken weight away from Aaron when he wanted to do a workout with heavier loads. I could tell he was disappointed, but  he graciously humored me. I was more concerned with ensuring he moved well throughout the entire workout. I think at the end of the day, he realized I just had his best interest in mind.

Through it all, Aaron has not only been a great sport putting up with my obnoxious, seemingly unattainable standards, but he’s also made huge strides in improving his movement. He has proven himself to be very coachable and it has been paying off. I don’t think he realizes how far he’s come in such a short amount of time. Aaron always has a great attitude coming into the gym and we are looking forward to seeing him continue to get even better and better.